Home » The Effect of Tai Chi on Bronchiectasis By John Burke, a student in Ireland ~ (Sep 2019)

The Effect of Tai Chi on Bronchiectasis By John Burke, a student in Ireland ~ (Sep 2019)

The Effect of Tai Chi on Bronchiectasis By John Burke, a student in Ireland ~ (Sep 2019) 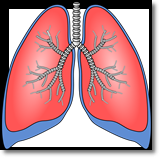 The Effect of Tai Chi on Bronchiectasis

By John Burke, a student in Ireland

I retired in April 2018 after 40 years in IT as I had reached my contracted age to retire. I had done tai chi for two terms in 1997 but stopped due to changing house, jobs and even countries for a bit.

So, the seed had been planted. During a pre-retirement course we were asked to choose some activities to invest our time and energies in, and tai chi came to mind. Shortly after this I saw a sign close to my home in Dublin advertising the Suaimhneas School of Tai Chi Chuan, which was located very close to me. In addition, it was the same form of tai chi I had done 20 years previously, and it was now literally at my door step.

So, I started and from the restart have enjoyed it immensely. More importantly, I practiced it as often as I could, and it is now a daily routine for me.

I have what medicine calls bronchiectasis, which came to light six years ago after an incident I had when I blacked out suddenly. Bronchiectasis is a chronic condition where the walls of the bronchi are thickened from inflammation and infection. People with bronchiectasis have periodic flare-ups of breathing difficulty, called exacerbations.

I have been dealing with respiratory issues since my youth, and for some years prior to retirement I was regularly having to go on antibiotics to deal with recurring chest infections. On a hunch, a consultant did a test for alpha-1 two years ago and found I had it.

Alpha-1 is a progressive disease. Alpha-1 is genetic, and without treatment, it can get worse over time. It can also cause other serious lung diseases, such as COPD and emphysema. In some cases, alpha-1 can also cause liver disease. My particular version of alpha-1 reacts aggressively to smoke inhalation, but a lot more research is required to know more about it.

Since I started tai chi, I have not yet had to have a course of antibiotics for any lung issue, and the amount of mucus I have has dropped considerably. I have now come off of inhalers, as there is now no need for them. I also no longer need to use a device called an acapella to keep my lungs clear of mucus. Based on my personal experience so far, I have to conclude that tai chi has helped a lot. My condition is now formally a mild form of bronchiectasis, and the number of exacerbations I get has dropped considerably, with no serious ones in the last year.

I get regular lung CAT scans and checks with my consultants and am now part of a study in Beaumont Hospital in Dublin to monitor this condition, so I am well looked after medically. There could be other reasons why I feel better: being retired and no longer commuting, and working in air-conditioned buildings are the obvious ones that come to mind.

I was fascinated when I came upon a chapter in Professor Cheng Man-Ch'ing's book, Thirteen Treatises on T'ai Chi Ch'uan. In Treatise Ten, entitled “Recovery from Lung Disease,” he describes how Chinese medicine is mainly based on the transformation of qi. In Professor’s case, his lung disease was tuberculosis. He wrote that you must use the cultivation of qi for tuberculosis, or it cannot be cured. I recommend that you read this fascinating chapter.

My intention in restarting the practice of tai chi was to rekindle the benefits I got from it 20 years ago. This was mainly physical at the time, and, despite the burning in, I travelled 160 kilometres after work in Belfast to Dublin once a week for the class at seven and drove back the next morning. The teaching and teachers are so good. This time around, I have been practicing for twice as long and have begun to appreciate more about tai chi and its benefits. I have been to summer trainings in Ireland and Sardinia, and it’s wonderful to see the enthusiasm, dedication and joy among students and teachers. So, my second journey in tai chi has begun. I have started to appreciate how much more there is to the practice of tai chi and am fascinated that there is so much more to uncover. I wish you all good health and happiness.