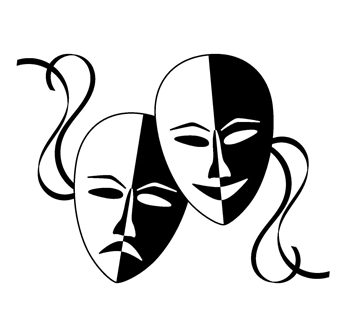 My first acting teacher in a conservatory setting was an elegant Jamaican man named Cedric Scott. My acting partner and I had just finished presenting a scene from Antigone that we’d been working on for a number of weeks, and I was feeling pretty good about myself. I leaned forward in my chair to receive his comments (his style of critique was brutally frank). He spread his hands and said, “What do you want me to say about that?” Yes, I thought, I nailed it, but then Scott looked at me and said, “Deeper, Mike, always deeper.” I wasn’t sure what he meant at the time, but his rich baritone has stayed in my head for forty five years. Another challenge offered to me during my time as a student came from a movement instructor. We had finished a series of deep-relaxation exercises, and she suggested that this is the way we should feel right before walking out onto the stage. So how, I wondered, does one give an energized and dynamic performance feeling that relaxed?

I have been looking for relaxed depth in my performances with varying degrees of success ever since. The quest begins anew with each new character. One of the things I love about acting is that you must start from square one with each and every job. All of the questions must be asked, the playwright’s world must be investigated and understood, and you need to discover how your character fits in that world and helps to tell the story. Only after the work is done can you be released into the material. The lines must be learned so well that you can live them without thinking. So, as actors, we work and work and work to prepare ourselves for the possibility of a visit from the Gods of Inspiration. Magic happens in the theatre when a good play is delivered by actors completely committed to the life of the story. When this happens, the audience is invited in and takes a very active part in the event. By the way, the Gods of Inspiration don’t always visit.

I was attracted to Tai Chi because I was interested in the idea of movement meditation. I also wanted an exercise that I could do anywhere and for the rest of my life. I found a lot more than I bargained for. Tai Chi is the only exercise I know of that actually cultivates the ability to enter what athletes call “the zone”; that magic place of effortless action. When Jonathon Stowe suggested that we do the form as if it was the very first time we had done it, I thought, “Okay — that’s familiar.”  Before I go on stage, I say to myself,  “Alright, this is the first time, this is the last time - allow it.” It is the only way I know to give a fresh and vibrant performance eight times a week. It is an attitude that allows for change, and can lead you to surprise yourself in delightful ways. No two performances are the same, and that is why it is possible to perform the same play for a long period of time.

Dantian awareness, so essential to the study of Tai Chi, is also a useful tool for an actor. As I experience it, the dantian is located just below that feeling of butterflies in the stomach. Dropping my focus into the dantian has helped me deal with the nerves most actors experience before making an entrance. I have also used it to play characters who are much more extroverted than I tend to be. Focusing in the dantian helps me spend less time in the self-critical part of my brain and frees me to play a more confident, oversized personality. Why not just live there all of the time? you might well ask. Good question.

I have used the awareness of my body’s relationship to gravity that Tai Chi has given me to delineate the physical life of a character; particularly when playing several parts in the same play. Is my character single or double weighted, straight or misaligned, does he step empty or fall forward? I once played a character the playwright described as being “uncomfortable in the room”. I talked with the director and asked him if I could try seldom/if ever sitting. During rehearsals I kept slowly moving, gradually changing my position on stage, especially when the focus was elsewhere. At one point the director looked up and said, “Countryman! How the heck did you get over there?” It remained a part of the character and ultimately determined my choreography.

Interestingly, most of the general notes directors are fond of giving to actors - “Relax!”, “Have fun!”, “Less is more!” can be applied to Tai Chi (the possible exception being: “Louder, faster, funnier!” . I would recommend the study of Tai Chi to anyone, and most particularly to a young actor. It continues to surprise me with its gifts.