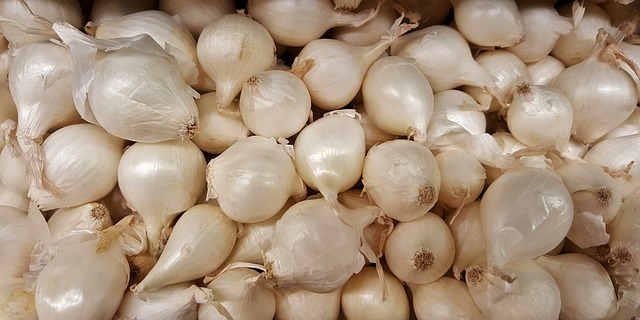 We had to clean the kitchen in the old way of my grandmother before Passover -- everything out, scrub, everything but the forbidden back in. In this case, my daughter and her husband are coming for the summer. She has severe food allergies, and we needed to atone for all her forbidden foods that we’ve eaten since last they came. Besides, it was time to clean the kitchen -- a brutal and sweaty job.

My son scoured the oven, climbed to the highest cabinets. We washed down the tiles behind the stove and waded into the grease atop the hood. I emptied the refrigerator, took out and washed the shelves, put everything back but the rotten. Old beets can be roasted, ripe strawberries mashed with liquor and spooned over ice cream. My son said he’d finish the liquid layer of kimchi at the bottom of its jar. The pearl onions meant for the beef cubes I’d never stewed -- they could be saved, too. But first, more than two pounds of them needed to be skinned. The small of my back wept -- this far and no further, I won’t stand any longer.

Nevertheless, I tumbled the onions into the sink, took a shoulder-width stance, and started skinning and shifting. One foot filling as the other was emptying, then hips and pelvis letting go, lower back muscles giving way; even neck and shoulders coaxed by the downward draw of my elbows settled, despite the knife work on the tight onion skin. There’s a rhythm to shifting and a rhythm in kitchen work, and they may be in harmony -- in this case, the shift and release at times synchronous with the circular pull on the husk and its falling away from the onion.

Near the end of the onions, my son walked into the kitchen bringing a breeze through the door, which lifted the dry parchment skins and skittered them across the counter. They made a scratchy noise and then wobbled to the edge and, from gravity’s effect on their slight weight, fell down to the floor.

There is such beauty to be found in the unexceptional day. And my back had forgotten how hard it had worked.