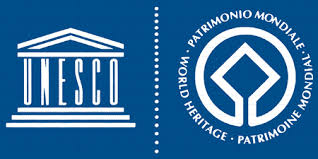 Tai chi, a centuries-old Chinese martial art and an internationally popular form of exercise, has been added to UNESCO’s cultural heritage list.

For more than 10 years (its initial application was rejected in 2008) China has been trying to have tai chi – also known as taijiquan – recognised officially by the United Nations Educational, Scientific and Cultural Organization on the Representative List of the Intangible Cultural Heritage of Humanity.

At the time, judges told China it had applied for too many listings for tai chi to be considered for a place. China was told to reduce its applications from the 12 submitted, which included tai chi, Shaolin kung fu, Peking opera and acupuncture, Tencent News reported.

“Taijiquan is not just a sport to make people fit, but also contains Chinese culture and philosophy,” researcher Yan Shuangjun told Xinhua News Agency. “The application started in 2008, and now we made a victory, which will help this sport to reach more places.”

Tai chi has a massive, devoted global following. Millions of elderly Chinese people practice it every day in city parks, and celebrities and other public figures regularly make public references to their practice of it for the health benefits it is said to provide.

According to the Mayo Clinic in the United States, doing tai chi can reduce stress, anxiety and depression, improve aerobic capacity, energy and stamina, enhance the immune system and relieve joint pain.

Gisele Bündchen, one of the highest-paid models in the world, incorporates tai chi into her daily life, as does her husband, Tom Brady. Others who have been vocal about its use in their lives include actors Terence Stamp and Paul Adrian, Bollywood star Kunal Kapoor, and musician RZA of the Wu Tang Clan – to say nothing of its importance to martial artists such as Jackie Chan, Bruce Lee and Jet Li.

The traditional Chinese martial art was born in the village of Chenjiagou, in central China’s Henan province, in the mid-17th century. It now has more than 100 million practitioners in more than 150 countries and regions, Xinhua reported.

When granting a coveted heritage listing, one of UNESCO’s most important considerations is to assess if the subject of an application represents a “masterpiece of human creative genius”. Other factors include exhibiting an important interchange of human values and “to bear a unique, or at least exceptional, testimony to a cultural tradition or to a civilization”.

Following China’s multiple applications in 2008, the rules were changed to limit applications for cultural heritage status to a maximum of two per year. The following year, China applied for Peking opera and acupuncture. After that, Unesco announced a new rule – each country can only apply for one heritage listing at a time.

In 2011, China successfully applied for Chinese shadow puppetry, a form of theatre that uses colorful silhouette figures made from leather. In 2013, the country’s application was for Chinese zhusuan, or abacus-based mental calculation, which also made it onto the list.

In 2016, Henan province made applying to add taijiquan for the heritage list a priority. There was speculation that Japan and South Korea were gearing up to make similar applications.

Taijiquan now has worldwide recognition for its value to all humanity.