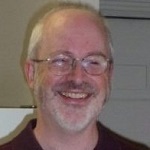 After coming to New York City in 1974 to attend the Manhattan School of Music, I’ve been a professional musician in the area. I’ve performed in many styles of music, from symphony orchestras to brass quintets, Broadway musicals, dance bands, and everything in between; I’ve toured across the U.S. and in Japan. Currently, along with my NYC free-lance work, I spend my summers performing in the orchestra for the Utah Festival Opera Company.

In 1981 I began my studies of T’ai Chi at the School of T’ai Chi here in NYC, attending classes taught by Margaret Olmsted, John Shackford, Peggy Watson, among the rest of the NYC team. In 1984 I joined the apprentice program, taking my first apprenticeship at the NY Winter Training. I was very fortunate as a beginner, to have the opportunity to teach with Peter Angelo, Bob Etherington, Lee Felton, Matsu, Alice Sherer and many others. I found a lot of inspiration and growth in getting to know the instructors in the school!

Soon after my apprentice-teaching began I started helping out with the behind-the-scenes work in NY, first in helping with the bookkeeping, eventually becoming part of the administrative team. Later this grew to assisting with the summer and winter trainings for a number of years. When the New York house incorporated as a legal entity distinct from the training division (later this work folded into the TCF), I started serving on the NYSTCC Board of Directors.

In 2007 I joined the faculty at Manhattanville College (in Westchester NY) as an adjunct instructor, bringing T’ai Chi classes to the students there; I taught there through 2012. I continue to teach ongoing classes for the New York school and teacher-apprenticeships at T'ai Chi Foundation trainings.