We are very proud to offer this book, a collaboration by one of our apprentice teachers, Terry Marks, and the renowned photographer, T’ai Chi practitioner, and student of Cheng Man-Ch’ing, Ken Van Sickle!

T’ai chi is an internal Chinese martial art that encompasses a system for health as well as philosophy.

Description from the back cover: “Known for his stunning black-and-white photography of New York and Paris in the 1950s and 60s, Ken Van Sickle focused his camera on what would become his main focus and lifelong study. As a student of Professor Cheng Man-Ch’ing in New York City from 1967–1975, he documented Professor’s classes using the same eye for composition, atmosphere, balance, and motion that distinguishes his other work.

Just as the New York School of T’ai Chi Chuan continues its pursuit of t’ai chi principle in Professor’s lineage, Terry Marks follows in the photographic footsteps of Ken Van Sickle. Known for her evocative, dreamlike paintings, she uses the same eye to unearth hidden worlds in shadows and reflections of the t’ai chi studio, offering us a glimpse into the internal nature of a t’ai chi practice in the twenty-first century.

Ken Van Sickle is a photographer with work in the Metropolitan Museum of Art’s permanent collection, and also teaches t’ai chi workshops around the world. He is the author of the book Tai Chi Sword and cinematographer of the documentary feature The Professor: Tai Chi’s Journey West. Terry Marks is an artist who works in painting, drawing, printmaking, and tattoo. Her award-winning work has been exhibited internationally and is associated with the Remodernist movement Stuckism. She is a student and junior instructor at the New York School of T’ai Chi Chuan.”

$25 plus Shipping and Handling 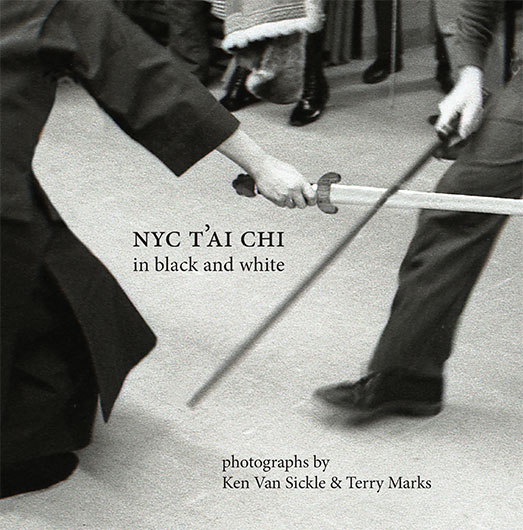