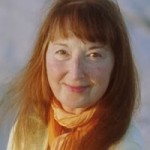 Pat Gorman began her tai chi studies at Grand Master Cheng Man-Ch’ing’s Shr Jung studio in New York City with Patrick Watson in 1973, where she also had her first exposure to traditional Chinese medicine and acupuncture.

Pat earned several degrees (Lic.Ac., M.Ac., Dipl. Ac) from The College of Traditional Chinese Acupuncture, U.K., and The Traditional Acupuncture Institute in Maryland.  She was a member of the Worsley Master Apprentice Program (MAP™) and held a certificate in Advanced Teacher Training in Classical Chinese Five-Element Acupuncture from J.R. and J.B. Worsley. She practiced acupuncture for twenty-five years, along with her husband Steve “Tuna” Flores, who is also part of the teaching team for qigong classes near their home in Bridgehampton NY.

In the mid- 1970’s, Pat co-founded the international School of T’ai Chi Chuan and the Tai Chi Foundation with Founding Director Patrick Watson.  She published many articles on tai chi and acupuncture and, developed Roots and Branches Five Element Qi Gong (with Gerrie Sporken) for the Tai Chi Foundation, and created and helped produce the accompanying instructional DVD. In a tai chi career that spans over 40 years, Pat taught, did program design, and presented at many trainings and symposia in the US and abroad. Pat taught tai chi for over forty years and practiced Five Element Acupuncture for twenty-five years with her spouse Steve “Tuna” Flores in New York City and Bridgehampton, N.Y.  Her tai chi work in collaboration with Patrick Watson was primarily responsible for establishing the School of T’ai Chi Chuan and Tai Chi Foundation’s curriculum.

Pat Gorman passed away on November 28, 2018. She leaves behind a school that is dedicated to preserving and sustaining the legacy of Professor Cheng Man-Ch'ing, Patrick Watson, her Legacy Holder colleagues, and the many fellow tai chi teachers and apprentices within the international organization. Her inspiration, joy, and creativity will be long remembered.