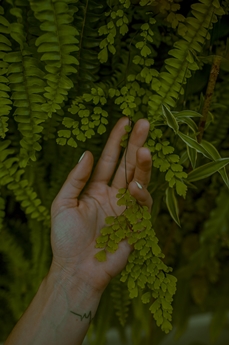 In early June, the day before heading home to California from Berlin, I took the Covid PCR test required to board my flights. Knowing the other passengers and crew on the trip to Paris and the one from Paris to Los Angeles all tested negative was reassuring, as was the confirmation the following day that I was also Covid-free.

Nonetheless, like so many travelers these days, within 72 hours of arriving home, I developed a suspicious sore throat, cough, headache, and a slight fever. After three negative home tests on consecutive days, I sought a PCR test in Los Angeles. The next morning, I learned I had Covid.

I hoped for one of those breezy minor or asymptomatic cases you hear about, but I was already sinking deeper into an achy, coughing, isolated blur. My birthday came and went, and I didn’t even have the strength to feel badly for myself. As friends dropped soup and honey cough syrup at the front door, I weighed how to pull myself from the grip of the virus and quickly turned to the qigong and tai chi I learned in recent years.

I had an aunt who taught tai chi into her nineties at a Florida retirement community. She knew I maintained a meditation and yoga practice and, in 2010, the only time we ever met, offered to demonstrate the form for my mother and me. Her quiet, highly focused, fluid movement made a profound impression. I immediately knew I wanted to try tai chi. We recognized one another as kindred spirits and our afternoon felt like a generational passing of a torch. At the time, I was working full-time at a film company and raising a son, but I was committed to someday finding an inroad.

It took a while to find that path, but I have now been studying qigong and tai chi for two and half years, starting with Margaret Olmsted in the fall before Covid. During the initial lockdown months, Margaret’s Tuesday and Thursday Zoom qigong sessions helped me find stability and community in the strange new world. I initially studied the first third of the tai chi form in person with Margaret and then on Zoom. Later, I took B2 and B3 with Patrice Wooldridge. During the pandemic, I participated in seasonal tunings and weekend and day workshops, further integrating the practices into my life. Even though I am still at the beginning of this journey, they became tools I grew to rely on for calm, balance, and focus.

I begin and end most days with Embracing the Tao, Yin Yang Breath, and Constant Bear with Looking Owl, and, at the height of having Covid, pulled myself together to do them each at least a few times. I hoped qigong would help keep more severe symptoms at bay. After practicing the series, I felt slightly stronger and more gathered in clarity. In the morning, right after doing the practice, I would drink hot tea and step into a steamy shower to help clear my head and chest congestion. As the water washed over me, I performed the kidney, chest, and lung massages I’d learned these last few years, intent on opening energy channels to expedite healing. They helped considerably.

When I felt the most down and fearful, I’d remember Margaret and Patrice reiterating the tai chi principles, most importantly, to relax. With that, I released the over-emotionalization of the moment, the tightness in my breath, and the tenseness of my muscles.

At one point, weak and foggy-brained, I recalled a workshop segment with Gerrie Sporken and Edna Brandt, in which they discussed visualizing or practicing, at whatever ability level, when our health is compromised. A few times during the throes of Covid, I took that advice. Lying in bed, I’d approximate the first third of the form, experiencing it in my mind’s eye and outwardly, just vaguely moving my hands and the direction of my head and torso. The concentration and minimal motion felt surprisingly empowering.

As the days wore on, I grew strong enough to go outside and rest on a chaise in the healing sunlight. It occurred to me, at some point, to get up and try to do the form. I got through the first third and it helped me collect myself, straighten, build some chi, and ease my fears of not recovering. I could feel that I already was.

I’m glad to say that now, 12 days since I first tested positive (it seems so much longer), I am finally back in my body and mind. I believe the qigong and tai chi tools I have learned these last years were vital in getting through Covid as well as I have. I’m sincerely grateful for the teachers I have met through the Tai Chi Foundation and for the practical wisdom they have imparted.

Marina Muhlfriedel is a native Angeleno and self-described creative omnivore with extensive experience as a writer, film producer, and musician. She attended Richmond College in London and graduated from the USC School of Journalism. She began her career simultaneously serving as the entertainment editor of 'TEEN Magazine and playing keyboards in the seminal LA punk band Backstage Pass. Soon after, she co-founded Vivabeat, an 80's techno-pop group that was signed by Peter Gabriel to his Charisma Record label. Marina then veered into the film business, where she was a producer for "The War of the Roses," "Throw Momma From the Train," and other projects.

These days, she hosts and performs in storytelling shows in Los Angeles. Her poetry, music essays, and articles appear regularly in books, online journals, and in LA Yoga Magazine. She teaches Mindfulness Meditation to at-risk populations, speaks pit bull, practices Tai Chi and yoga, and occasionally gets to punk out in her reboot of Backstage Pass.

Photo by Toa Heftiba on Unsplash