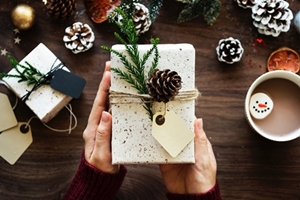 Looking for a different sort of gift for a friend or loved one or even for yourself? While no book can replace learning tai chi in person from a teacher, reading about tai chi can be inspiring, and pictures can help you practice. Books on philosophy can increase your self-awareness. We also include a few videos that facilitate learning tai chi.

You can find many of these tai chi books and videos online: http://www.taichichuan.org/tai-chi-online-store/ and at www.amazon.com

Photos of Grandmaster Cheng whose short Yang style we practice.

Has an easy-to-comprehend intro, mentioning the key role of relaxation.

Excellent reminders for the student learning the form.

Advanced concepts for our development of tai chi

There Are No Secrets: Prof. Cheng Man-Ch’ing and his Tai Chi Chuan

Anecdotes and stories about studying with Prof. Cheng in the 1960-70’s told with humor and humility.

Gateway to the Miraculous: Further Explorations in the Tao of Cheng Man-Ch’ing

Short articulate chapters that convey the subtle yet powerful concepts of tai chi and how they were experienced in the Professor’s presence.

The Taijiquan Classics An Annotated Translation Including a commentary by Chen Weiming.  by Barbara Davis.

Master of Five Excellences, by Cheng Man-ch'ing and Mark Hennessy.

The Theoretical Basis of T’ai Chi Ch’uan.  by Robert Amacker.

Recommended for those with advanced t’ui-shou experience.

Tao Teh King  (Interpreted as Nature and Intelligence)

The essence of Taoism, Tao Teh King is one of the simplest yet most profound interpretations of man and nature.

The Book of Joy

Interviews in which they discuss, with great humor and much teasing, the principles of joy and compassion.

Awareness Alone is Not Enough.  Questions and Answers with Ashin Tejaniya.  2008.  Available on the internet.

This is Professor Cheng's own commentary and Tam Gibb's translation.

Lao Tzu, Tao Te Ching. A Book About the Way and the Power of the Way. Ursula K. Le Guin. 1998. Shambala Publications.

The Way of Chuang Tzu.  Translated by Thomas Merton. 1965. Penguin Books. Introduction by the Dalai Lama.

The Taoist I Ching.  Translated by Thomas Cleary.  Shambala Classics.

The Art of War.  Translated by Gary Gagliardi.  2003 Clearbridge Publishing.

Relaxing Into Your Being, The Water Method of Taoist Meditation Series, Volume I.  B.K. Frantzis.  1998 Clarity Press.

Books on the Sword

The Demon’s Sermon on the Martial Arts, And other Tales.  By Issai Chozanshi.  Translated by William Scott Wilson.  2006 Shambhala.

The Swordsman’s Handbook, Samurai Teachings on the Path of the Sword.  Translated and edited by William Scott Wilson.  2014 Shambhala.

The Sword & The Mind.  Translated by Hiroaki Sato.  1986 Overlook Press.

Here is a teaching video from our school, The Tai Chi Foundation, that helps you practice the form.

Judge Dee mysteries  by Robert van Gulik. The series is set in Tang Dynasty China and deals with criminal cases solved by the upright and shrewd Judge Dee, who as county magistrate in the Chinese imperial legal system was both the investigating magistrate and the judge.